Alexandra “Alex” Nicole Fielding (born Artemis DuBaer on October 31, 1986) is a fictional character and one of the two main characters from the popular book series by H. B. Gilmour and Randi Reisfeld called T*Witches.

Alex Fielding is the daughter of Aaron and Miranda DuBaer and the twin sister of Camryn Barnes or Apolla DuBaer who was born as the sun was rising and wears the sun amulet. Alex, the older twin, was born as the moon was setting, and wears the moon amulet. Alex Fielding was born as Artemis, and her twin sister Apolla, who happens to be two minutes older than Artemis. Their names deviate from the legendary twins Artemis and Apollo, Greek gods of the moon and sun. The powerful amulets were made by the twins' father Aaron DuBaer before he was killed by their uncle Thantos DuBaer. When together, the twins are stronger and more powerful than when they are alone, especially when their amulets are attached; thus making it easier for Thantos to find them and use them to his advantage. In order to protect the twins and their magic, their Coventry guardians Ileana DuBaer and Karsh send each twin to be raised by separate human parents (Protectors) in the United States.

Alex is sent to the fictional town of Crow Creek, Montana to live with Isaac and Sara Fielding, a couple who had always wanted a child but couldn't so they decided to adopt Alex. Sara adopted her from Karsh by private adoption. She knew of Alex's powers but did not know of the Coventry world, and her husband found out about Alex's powers later when Alex was 7. Alex never knew she was adopted until her mother, Sara, died of lung cancer when she was 14. Her adoptive father, Isaac, tried to get his wife but Fredo killed him before he got the chance.

Alex Fielding grew up in a trailer in Crow Creek. She is punky, gothic, and a smart aleck. She only has two best friends, Evan Fretts and Lucinda Carmelson. She is considered a freak in school.

Although Alex has had dreams of Karsh and the Coventry world as a little girl, the first encounter of her magical powers was at school when she read a guy's mind and makes a basketball fly into a girl's nose.

For summer vacation, the Barnes and Beth make a trip to Big Sky, an amusement park in rural Montana, where Alex lives and works. At Big Sky, Cam and Beth meet Alex, Lucinda, and Evan, in which everyone is convinced that Cam and Alex are identical except the twins themselves, who at first are so stunned they are in denial. It is the first time the twins have ever met. After the discovery of a mysterious twin sister, Alex is not upset with Sara for keeping the adoption from her. At first Alex Fielding argues that Sara is her real and only mother but eventually she comes around to learning about her past.

Born and raised in the picturesque town of Crow Creek, Montana, Alex Fielding is a very independent and strong-willed 21-year-old witch. Despite her seemingly cold and hardcore persona, Alex is a very smart, kind and warm-hearted young woman who cares deeply about her family and friends.

Alex is 5'4" tall and has the same build as her twin sister. She has short, straight, auburn hair but changes hair colors all the time. She and her sister have gray eyes, and their cousin Ileana and mother Miranda also have gray eyes.

Ever since Alex found out that she was a witch,she became immensely proficient in magic and is capable of unimaginable feats,and is one of the most powerful magic users in the entire series. 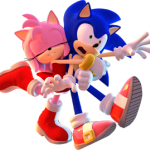